Almería is a city in southern Spain, however, it also gives its name to the capital and the province itself. Contained within the autonomous community of Andalusia, we could say that Almeria is the urban center of the Comarca Metropolitana de Almeria. The municipality of Almeria, has approximately 200,000 inhabitants, and a great importance in Andalusia and Spain in terms of culture, sport and economy. It also has both an international port and an international airport. The latter, the Airport of Almeria has been recently remodeled, which has meant an injection in terms of tourism for the area. As has happened in recent times with other areas that have greatly increased their tourism as Malaga and Huelva. 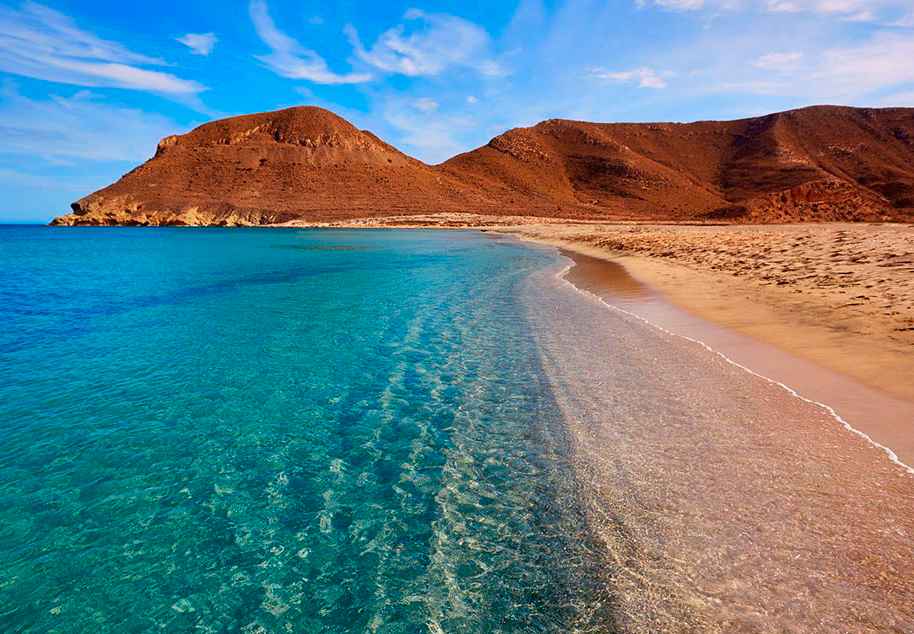 As for its tourist attraction, the main ones we could highlight are: the Culture of Almeria, the Gastronomy of Almeria and obviously, the Beaches of Almeria. For this holiday “triplet”, Almeria is one of the biggest tourist attractions in southern Spain and competes with other major destinations such as Cadiz and its beaches. Its beaches enjoy a character of the area that makes them unique, we have both coves and coasts, such as beaches where sometimes we will find ourselves immersed in a small fishing village, or in ancient civilizations now deserted, or sheltered by cultural monuments of today. For all this and more, we recommend you to discover a little more about the beaches of Almeria.

The 3 most beautiful beaches of Almeria

The province of Almeria has approximately 200 km of coastline, among which we have 100 km of beaches and bays that will make us get lost in the paradises we have always dreamed of. One of the most remarkable aspects of the beaches of Almeria is the amount of movies that have been filmed in them, probably you have seen some of these movies and you didn’t even know it. As for its variety, we can assure you that whatever the holiday style you have in mind, Almeria has a special corner for you, coves that seem unexplored, beaches in urban centers, beaches isolated from the crowd, beaches with a multitude of services and great accreditations such as Blue Flag …. Almeria keeps an infinity of coastal surprises that we are going to reveal to you with the best beaches of Almeria.

Playa del Playazo like all the beaches on this list, is located in the province of Almeria, specifically near the village of Rodalquilar, just 3 kilometers. Its golden sand and fine touch make walking on this beach is a real pleasure, we can also delight the view with the nearby Castillo de San Ramón. Its crystal blue waters are very suitable for swimming, as it has no big waves, the entrance to the sea could be classified as progressive, so it is highly recommended if we are going to go to the beach with the family with children.

Located on the paths of the Cantilados de La Molata, a view that we can also observe lying on our towel while tanning, Playazo Beach has a moderate attendance, so it will not be difficult to find a place on the beach.

This is one of the jewels in the crown as far as the beaches of Almeria is concerned. Considered by many as the best beach in Almeria, Monsul Beach, is located within the Cabo de Gata-Nijar Natural Park. The beach upon arrival will surprise us with its appearance in which combines the gentle forms of sand, with occasional rocky and steep elements, which give the Playa de Mónsul a unique landscape.

The beach of Mónsul is rather an isolated beach, however the fame has made that in the busiest times of the year, finding a place in Playa de Mónsul is a complicated task, since in addition to the local people it is very frequented by tourists. And the fact is that its crystal clear waters, its fantastic climate and its peculiar landscape, make us never want to leave this beach, whether we have come to make a romantic getaway with the couple or a day at the beach with the family.

The beach of the Genoveses has approximately 1200 meters long covered by a fine golden sand, it can take a walk along the unspoiled bay of the Playa de los Genoveses.  The beach is very close to the town of San Jose, specifically just 2 km away. Access to the beach is strictly on foot, through a path decorated with lavender bushes.  While on our way to the beach we can enjoy incredible views, with which we can delight and observe the bay and the Morrón de los Genoveses, which comes to be volcanic mountain. 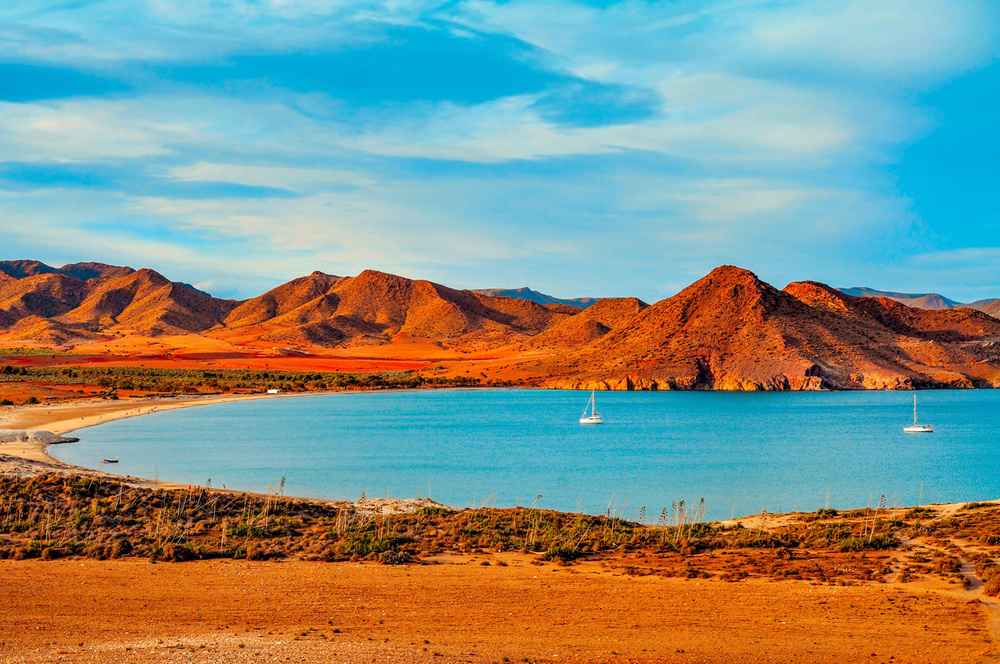 In this beach, movies have been shot such as Sean Connery’s film, “The Wind and the Lion”, that is why many movie lovers visit this beach simply as a historical or cultural element of the area. It should be noted that the beach owes its name to the Genoese fleet that helped liberate Almeria from the Muslim Kingdom in the middle of the 12th century AD. Therefore, we see how this beach in addition to a great place to enjoy a refreshing dip, offers us a bath of history and culture that we recommend to enjoy at least once in life.